Artex is the leading company dealing in Cuban culture, with over thirty years of experience, known for its versatility in products and services:

Our experience has been showcased in over fifteen international events, music fairs such as Miden and Womex; book fairs such as the International Book Fair in Frankfurt and in Guadalajara; in tourism such as ITB Berlin in Germany, FITUR in Spain and Top Resa in France.

Our work is divided among seven agencies, two divisions and fourteen branch offices with over 3900 staff; a large commercial network of Stores, Cultural Centers, Academies and Tourism Bureaus all over Cuba, in the main cities, touristic destinations and airports.

Cuban culture must be lived, learned, enjoyed, and shared!

Artex Artistic and Literary Promotions, in the year 2022

Continue working on the promotion and marketing of the Cuban cultural product, for the cultural development fund. To ratify the prestige and the achievements obtained, for more than thirty years, maintaining in the first order, innovative artistic and literary proposals preserving the identity, in addition to bringing human and cultural values ​​closer to the communities and the people in general, were part of the objectives drawn by Artex Artistic and Literary Promotions, in the year 2022.

Formation and participation in national and international exhibition and trade fairs. Special programs in cultural centers throughout the country, production of international tours, project creation, alliances with small and medium-sized non-state production companies. Especially the cultural revival in the most vulnerable neighborhoods, were part of the actions that focused the main efforts of Artex this year. During this period, work strategies were redesigned from the point of view of marketing, programming, and cultural promotion at a national and international level.

Important face-to-face events were held, which had a great impact. The first Unión Charanguera Meeting, promoted by great cultists of the genre; it had a theoretical part and offered the public a luxury concert.

Realization in person of the 16th edition of the World Meeting of the Academy of Dances and Casino and Salsa Dancers, Baila en Cuba; included casino workshops and master classes.

To the above are added other events, in which Artex has an impact, we are referring to the Jazz Plaza Festival, San Remo, Cubasabe, Drum Festival, Tourism Fair, Summer Start Party, Festival of the Tenth and the Improvised Verse , Havana Ballet Festival, International Book Fair, Art on La Rampa, Summer Concerts, Havana Mambo Festival, Gastronomic Festivals, Oralitura Festival, in which the online variant was also used.

International presentation of the Sandunga Platform, the first streaming of Cuban music. With this action, the world accesses the services it provides; They include multimedia downloads (music, E-book, sheet music, etc.), billboard services, commercialization of products associated with Cuban music, also distributed in a store with physical materials, which assumes home delivery services, online courses, publicity and promotion.

The internationalization of the Cuban cultural product was favored with the signing of the Promotion and Marketing Agreement that declares Caribbean Cultural Promotions, La PlaSita, as the first Cuban Cultural Center outside borders. Interactive space with exquisite cultural programming, coordinated by Artex.SA, which will increase the number of tourists visiting the region of Catalonia. This ongoing project ensures sources of employment for the artists in the Artex catalogue, in addition to promoting the Cuban cultural product in Spain.

The record label, Bis Music de Artex, held weekly premieres and releases on digital platforms. Among his productions, the following stood out: “Verano con todos”; concert of Muñequitos de Matanzas for its 70th anniversary, as well as the presentation of the Boyfriend of Havana, in collaboration with the office of the city historian, in homage to Eusebio Leal.

Relevant are the more than 75,000 subscribers to the agency’s official YouTube channel, as well as the promotional work carried out on networks, which allowed us to reach the figure of 7,255 followers on Facebook. As a novelty, the label incorporated the reel format on Instagram and the publication of memes, which influenced the reach of followers and the engagement generated.

In the literary line of Artex, represented by the agency, Ediciones Cubanas, the Billboard Magazine reached its 40th anniversary, expanding its horizon by presenting itself not only physically but also digitally, through the online site: www.carteleracuba.com

Regarding the Cultural Centers at the country level, this year the revival was focused on the creation of a quality artistic program and varied gastronomic options, achieving recognition by a large part of the population.

In the same way, Artex stores, in alliance with non-state management forms, marketed products in great demand that, together with our leading line of Art at Home, discography and literature, covered customer needs throughout the year. The products sold in our store networks were present in more than 300 fairs held in provinces, municipalities and in the country’s capital, where careful services were provided.

Moments of great sadness for Artistic and Literary Promotions, this year, unexpectedly resulted in the losses of several of the artists that make up its catalog and to whom special tribute was paid, we are referring to César Pupy Pedroso, José Luis Cortés and Juan Moreira, the latter a member of the Arte en Casa project.

In 2022, several communities in San Miguel del Padrón received follow-up and attention, actions that had been carried out since 2019. Children’s activities, women’s empowerment workshops, creation and start-up of mini-libraries, and music workshops, achieved a positive incidence, in the socio-political and cultural level of the territory in more than 10 thousand people.

Many have been the efforts of those who make up, throughout the country, the company known as the locomotive of Cuban culture, based on the fulfillment of its objectives. And in this effort, in a year that constituted a challenge for the entire culture system, there was no lack of professionalism, a sense of belonging and human values ​​to promote and market the Cuban cultural product, demonstrating with unquestionable results, our vocation for the defense of the values, traditions and identity of a country.

This is the only Cuban Agency specialized in cultural tourism. It banks on the immense potential of Cuban culture. Organizing and commercializing programs for participants to events and meetings associated to culture and creative spaces in festivals

This is the imports division, supplying cultural goods to the Artex stores network.Its innovative and creative products make it unique in the market

An agency with two main lines of business: a Publishing House, and Cartelera, a tourism, culture and trade magazine. The publishing house produces a host of publications of a varied nature, written by well-known authors.

This is the specialized exports agency for the commercialization and promotion of Cuban cultural products and services: literature, music, crafts, couture, and other.

CLAVE CUBANA is the agency which represents and promotes small and large format popular Cuban music bands and their performances and shows.

The Artex Cultural Centres are built to the rhythm of Cuban culture. These are establishments distributed all over the island that offer artistic shows of the highest quality, complemented with gastronomic offers for the most demanding tastes.

This agency promotes and commercializes Cuban art and professional services abroad. It is staffed by qualifies specialists, certified by the Cuban system of academic and cultural institutions.

MUSICALIA is the agency which represents and promotes small and large format popular Cuban music bands and their performances and shows.

Wide network of stores located in cities, airports and tourist destinations in the country in which the sale of cultural products stands out. 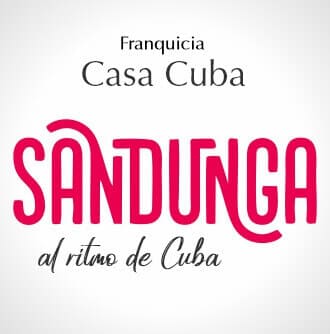 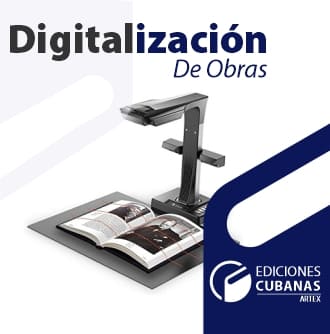 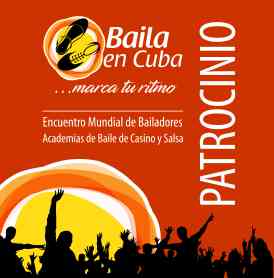 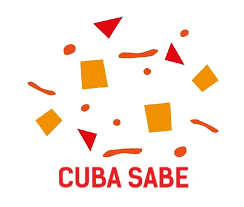 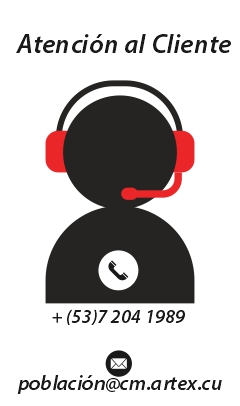